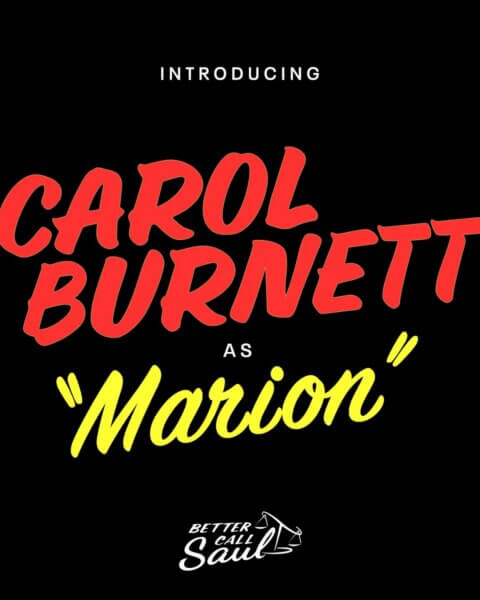 The great Carol Burnett has been confirmed to guest star on AMC’s final season better call Saul, Burnett will play a character named Marion, however, the network did not release any additional information regarding Marion’s relationship to Saul.

It was earlier announced that breaking bad Stars Bryan Cranston and Aaron Paul will reunite breaking bad Walter White and Jesse Pinkman characters for the upcoming second part of the sixth and final season.

“I’m thrilled to be a part of my favorite show,” said the six-time Emmy Award winner.

The first half of season six premiered on April 18, 2022 and ended on May 23. The final six episodes of the series will begin releasing on Monday, July 11 at 9 p.m. ET/PT on AMC and AMC+. The finale of the series is to be held on August 15.

Plot: “better call SaulThe final season of the series ends with the complicated journey and transformation of its compromised protagonist, Jimmy McGill (Odenkirk), into criminal lawyer Saul Goodman. From cartel to courthouse, from Albuquerque to Omaha, season six tracks Jimmy, Saul, and Jean, as well as Jimmy’s complicated relationship with Kim (Seahorn), who is in the midst of his existential crisis. Meanwhile, Mike (Banks), Gus (Esposito), Nacho (Mando) and Lalo (Dalton) are locked in a game of cat and mouse with mortal bets.

The final episode will conclude the complicated journey and transformation of its compromised protagonist, Jimmy McGill, into criminal lawyer Saul Goodman. ,