first trailer just dropped thirteen lives, a dramatic thriller based on the true story of the rescue of a Thai youth football team trapped in a cave. The rescue enthralled the world in 2018 as divers and other emergency personnel battled against time to save 12 players and their coach.

The release of the trailer was accompanied by two pictures and posters of the film.

thirteen lives Opens in select theaters on July 29, 2022, followed by a launch on August 5 on Prime Video. The MPAA gave the drama a PG-13 rating for some strong language and disturbing images.

Plot: thirteen lives Tham Luang recounts the incredible true story of a tremendous global effort to save a Thai football team that is trapped in a cave during an unexpected rainstorm. Faced with tough odds, a team of the world’s most skilled and experienced divers – uniquely able to navigate a maze of flooded, narrow cave tunnels – along with the Thai army and more than 10,000 volunteers rescue twelve boys and their coach. Join to try. ,

With impossibly high stakes and the whole world watching, the group takes their most challenging dive yet, showcasing the limitlessness of the human spirit in the process. 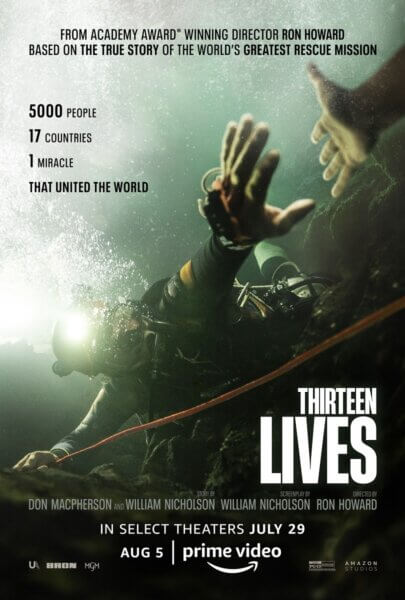 New details on cast and plot